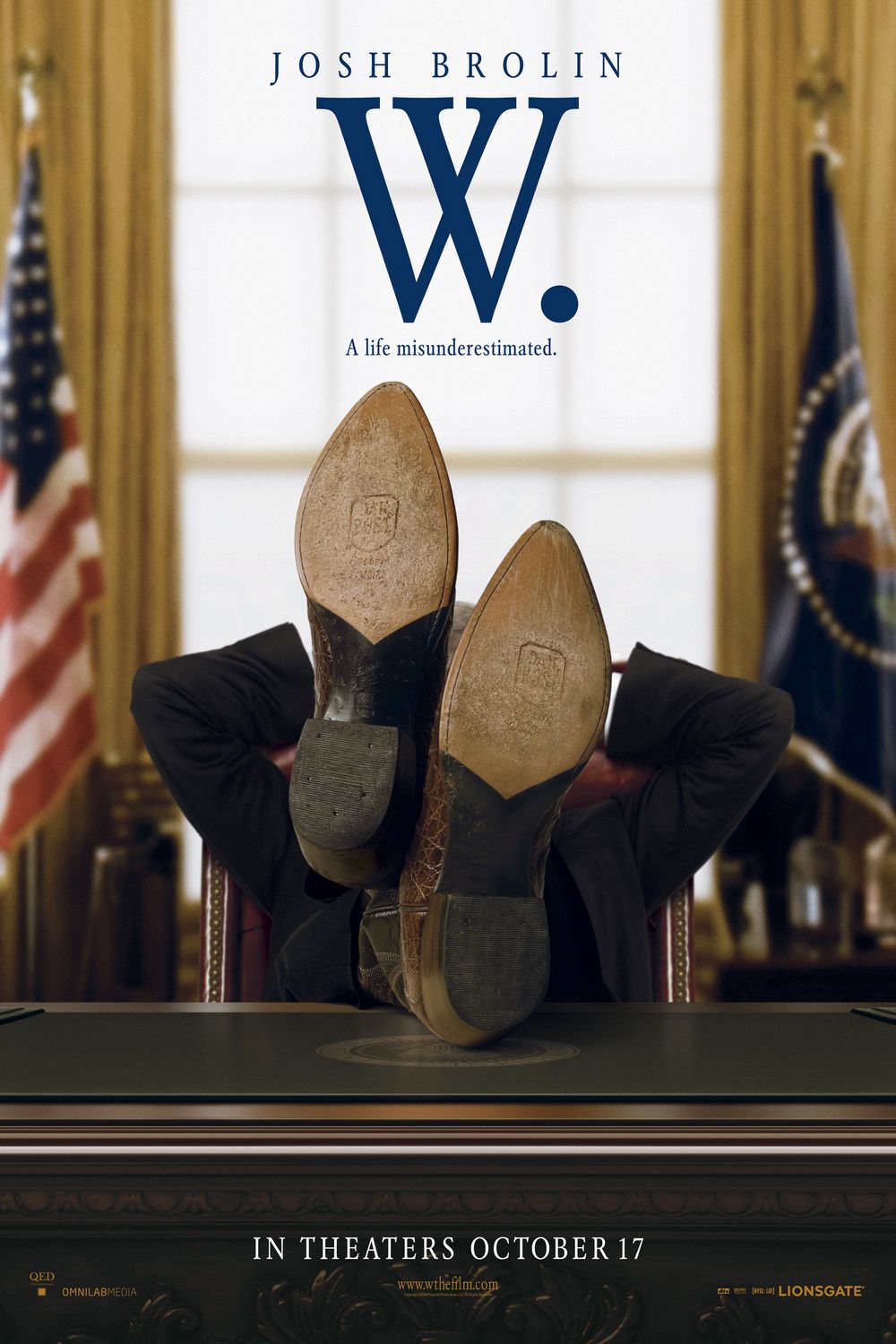 Mr. Stone delves into the biopic genre once again. Third US president movie, first one on a president still in office. Starting with the technical impressions – the camerawork is very good. I quite enjoy the hand-held style, and here it’s accomplished, sharp, loose but at the same time spot-on with framing and emotional impact. I know this is to be expected in a big Hollywood production, but it still gets me… Speaking of big, this movie actually wasn’t that big – another project Stone was working on disintegrated, so he jumped into W. and completed it with a relatively low budget and a short shooting schedule that was aimed at premiering before last year’s presidential elections in the States. With this in mind, one might presume the film was designed as an electioneering, pro-Dem tool, but if anything, it’s actually the opposite. I loved the approach in trying to show Dubya in human dimensions, and in building his character as one that is very active, very motivated, and, in a way, very distanced from the popular preconception of him as a puppet with no personal will. On the contrary, Bush Junior is always the one taking the major decisions, even if he decides to faithfully follow the advice of certain members of his key staff (Cheney, of course, and Karl Rove).

Central to the storyline of the movie and – we are led to believe – W.’s personal and political life (and consequently the world’s plight), is Bush’s relationship with his father, former president George H.W. Bush. Junior is born into the shadow of Senior, and feels like he’s never quite managed to win his dad’s approval, or to edge ahead of brother Jebb (Governor of Florida, where the 2000 election was famously and controversially decided) in the parental affection-level tables. So, initially he drinks his way though life, then gets ambitious politically, loses his first election, then wins the second, for Governor of Texas… and the rest is history. Where Bush Senior refrains from going all the way to Baghdad, out of political sanity, W. has all the internal, very personal reasons to let himself be convinced in the validity and necessity of going all the way to, into and through the city of Saddam. So basically, instead of going political, Stone just went personal, tried to give his take on history (yet again), but also tried to base it in reality, on thorough research. The fact so many White House insider scenes seem so absurd, so close to a children’s game now looks even more terrifying… cause at least some of these things really happened.

Politics is a charisma game, so I particularly enjoyed how carefully the cast must have been assembled. Josh Brolin, who plays W., is probably the least charismatic of the lot, but I don’t think anybody would remember Bush for his charisma anyway. Brolin was initially against playing this role, but later admitted it’s his most challenging, maybe his best. He’s in practically every shot, so casting powerful actors to surround him must have been essential. Richard Dreyfuss is repulsive and impressive as Dick Cheney, though I imagined the old dick had even more direct power over the President’s decisions. Jeffrey Wright displays the right amount of quiet forcefulness as Colin Powell, and Scott Glenn owns a great Donald Rumsfeld face. While Thandie Newton gets the closest visually to the character she portrays, her Condoleezza was probably the most schematic, caricatured image out of the White House posse. Can’t say I knew much about the way Karl Rove looked or operated, but Toby Jones portrays his duties and part in the group chemistry quite believably. James Cromwell, another actor that usually glues me to the screen, even makes George Bush Senior look something of a positive figure.

It’s quite fun entering into what Stone imagined to be Dubya’s inner mind – a nightmare of a boxing match with his Dad in the Oval office, and a series of baseball-inspired moments, including the closing scene… Georgie running backwards, squinting at the sky, waiting for the ball to fall, though the ball never appears… the perfect metaphor for a flawed, real man, stuck with his own issues and in his world’s uneasy circumstances, with some big ego to serve and some tough choices to make…