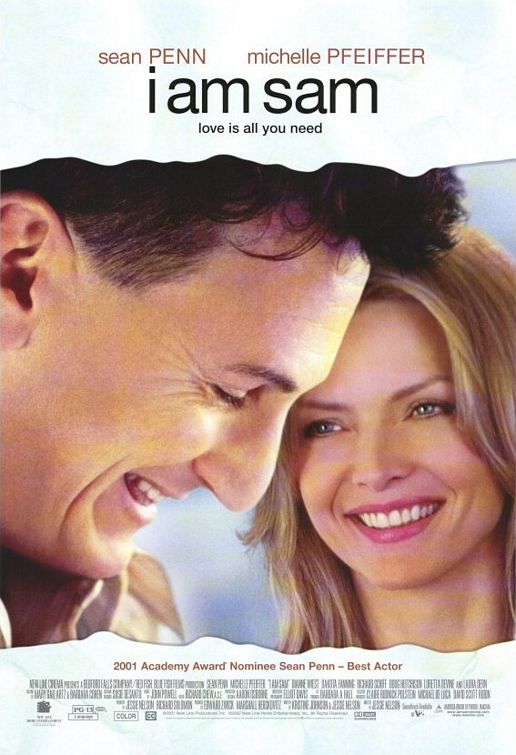 I finished watching I Am Sam at three at night, having not managed to hold my emotions twice. I thought, damn you you film critics if you dare to shoot this movie down. Next day, Rotten Tomatoes blinked with 35% approval. Anyway, there’s some points of view and other points of view, and I have to admit that if you watch I Am Sam with your head only, you might not be too impressed. If you choose to see it through your heart though, it’s difficult to not be moved. And, for god’s sake, how could you watch this movie with your mind only? I could not and would not want to. Some say Sean Penn deserved an Oscar for his performance, others claim it’s easy to act-pretend a retard. Go do it yourself, if it’s that easy! What the movie does, to be sure, is take a stand, keep a side throughout. It’s the side of Sam, his daughter Rita (Dakota Fanning), and the lawyer-shark Rita (Michelle Pfeiffer). It’s not that the opposing side’s motivation and reasoning are not presented – you will understand why the state wants to take Sam’s kid away from him, you might be tempted to justify it. Maybe, maybe time would show she is better off living with a foster family…but to me the film was not mainly about whether it’s morally right and logically justified to separate a girl from her parent on the premise of him being with a lesser mind than hers…it was about the power of love, the feeling of belonging in a family, however small and imperfect it might be. I also generally liked the camera style – lots of shaking, floating, whip-pans (though the latter might have been tempered down a bit). It made the film feel alive, real, unpremeditated.