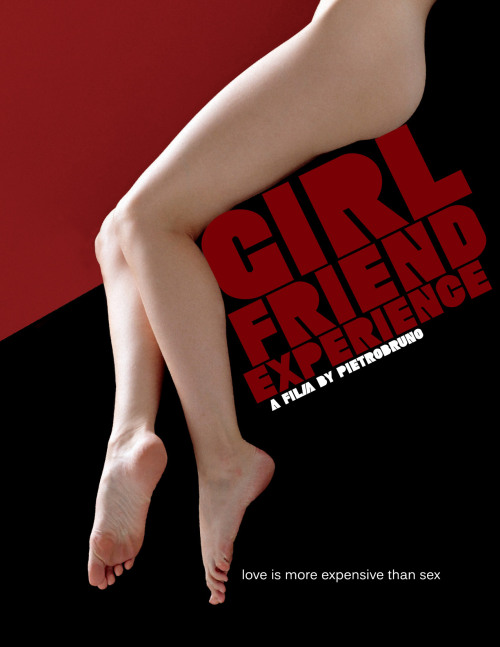 Interestingly enough, I watched through this entire movie thinking I was seeing Steven Soderbergh’s The Girlfriend Experience. Soderbergh’s film was released an year later, in 2009, and I’ve no idea who borrowed ideas from whom, if at all… but apart from unsuccessfully straining to recognize Sasha Grey (who plays the main part in The Girlfriend Experience), I had no doubt I was watching a Soderbergh film. Pietrobruno’s GFE has the same structural boldness and self-referential elements as Full Frontal, for instance. Made as a fiction-documentary, or better said, documentarised fiction, it centres on the dissolving life of a man obsessed with paid sex. In particular, with an expensive provider of special sex+emotions services, known as girlfriend experience (GFE). Pietrobruno has a background in documentary film editing, which probably explains to some extent the assuredness with which she tackles the unorthodox narrative form. The movie is interspersed with fake “re-enactments” – episodes in which the main character, Daniel, plays himself, while another actress plays the part of Adrian, his GFE love interest. So you get an actress playing the role of another role played by another actress… sounds a bit too complicated, but it’s basically a movie within the movie, and Daniel gets to interrupt and provide corrections to the way the second movie represents events that have happened in the first movie. Hence my confusion with Soderbergh’s style. You get good acting, especially from David Lewis, the guy who plays Daniel, and who owns a very weird tattoo. You get some erotically charged scenes, especially one where a woman plays with her own kitten, literally. You get interesting camerawork, and nicely framed shots where all the important action happens over a tenth of the screen and in the corner. You finally get an action-packed ending sequence that brings on some nice irony, but that cuts off to the credits quite abruptly, and somewhat self-importantly. Anyway, if you too happen to download or rent or buy the “wrong” Girlfriend Experience movie, do not be too quick to get rid of it.